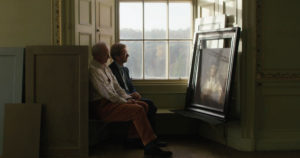 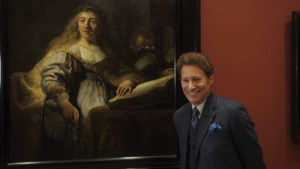 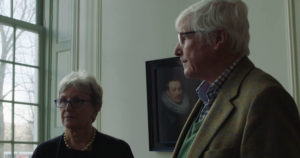 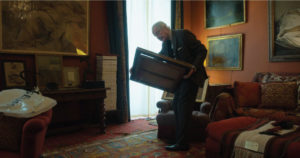 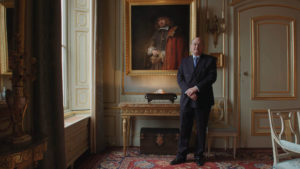 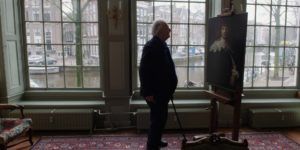 My Rembrandt is set in the world of the Old Masters and offers a mosaic of gripping stories in which unrestrained passion for Rembrandt’s paintings leads to dramatic developments and unexpected plot turns.

While art collectors such as Eijk and Rose-Marie De Mol van Otterloo, the American Thomas Kaplan and the Scottish Duke of Buccleuch show us their special connection with ‘their’ Rembrandt, French baron Eric de Rothschild puts two Rembrandts up for sale, triggering a hard political battle between the Rijksmuseum and the Louvre.

The film also follows aristocratic Dutch art dealer Jan Six as he seems to be on the trail of not just one but two ‘new’ Rembrandt paintings. This nerve-wrecking journey of discovery seems to be the realization of his biggest boyhood dream.

The film My Rembrandt allows us a fascinating insight into what makes the work of this Dutch master painter so special and why his work touches people so deeply.

Following the success of her award-winning documentary The New Rijksmuseum (2014) film director Oeke Hoogendijk has once again taken on a great subject to tell us a captivating tale of art and art lovers.

There is something curious about Rembrandt; it is as if his work has such an extraordinary truthfulness, emotionality and empathy that whoever looks at a Rembrandt painting goes in search of him- or herself. That is what made Rembrandt so special also for the 17th-century residents of Amsterdam who queued up to have their portrait painted by him: Rembrandt looked beneath the surface and showed who someone really was. Rembrandt did not flatter the people whose portrait he painted, he had an eye for the vanity and the finery of the people in the social milieu he painted.

Rembrandt applied this method mercilessly to himself, too. His self-portraits, especially the later ones, are breathtakingly honest explorations of the psychological toll we pay in the course of our lives. In his later portraits, Rembrandt seems to be resigned; take me as I am, he seems to want to say. By the way he observes and the way he paints he makes you realise that life is not perfect and that everybody has their flaws, because that is what makes us human. And that is how Rembrandt holds up a mirror to us from the 17th century, a mirror that teases and tickles.

As Taco Dibbits so aptly put it: “Rembrandt is a tribute to humanity”.

In a way my approach to filmmaking has been greatly inspired by this. I observe, and try to get as much as possible under people’s skin, without judging them. There is always love and empathy for the people I film. I work intensively and for a long time on the development of mutual trust; there must be an emotional contract or it won’t work.

The world of the Old Masters fascinates me immensely and it was a great privilege and a joy to be allowed to get so close to Rembrandt’s paintings. The unique access I was given to the picturesque elite who owns paintings like these opened up a new world for me, one you don’t normally get a chance to enter. Although this world is largely inhabited by rich, white – and often also elderly – men (I have not been able to find any women who own a Rembrandt anywhere) I found themes that are also universal and of all times. For vanity, ambition, a hunting instinct, money, hubris and passion are in principle recognisable for everyone, for each human being.

In 2016 I started out on my quest into the significance of Rembrandt’s legacy in our times, and I visited people for whom the work of Rembrandt is alive and sometimes even an obsession. Rembrandt’s art may be completely public domain in museums, but it is sometimes entirely hidden behind the closed doors of private possession. It is remarkable how many great works by Old Masters are to be found in the living rooms of collectors. From the Scottish Duke of Buccleuch, for whom the inheritance of one of the most beautiful paintings by Rembrandt, Old Woman Reading, is an intimate and sometimes even emotional burden – because how does one do justice to such a painting? – to the self-made American multimillionaire Thomas Kaplan who chases every single Rembrandt painting that is put on the market.

In our very own Amsterdam I discovered how Jan Six XI, scion of the famous Six dynasty, tries to break free from the pressure of an imposing family history and from his father. As a filmmaker I immediately recognised in him an exciting protagonist with recognisable, universal motives. Jan’s fervent desire, perhaps even need, to prove himself and to be appreciated on his own merits, makes him into a main character of Shakespearean proportions. It was obvious from the start that Six would go all the way and was prepared to risk everything to achieve his goal.

The tussle between the Netherlands and France about the acquisition of Rembrandt’s marriage portraits of Marten and Oopjen in this film embodies almost literally the question of ‘to whom does a Rembrandt belong?’ Can a Rembrandt be French heritage? When French Baron Eric de Rothschild put his two portraits on the market, the director of the Rijksmuseum, Wim Pijbes, started a spirited lobby to meet the asking price of 160 million euros for these items of Dutch heritage. What began as an art deal between the Rijksmuseum and De Rothschild soon turned into a political game of chess with ever wider implications. This storyline in the film shows the dynamics Rembrandt is able to create right up to the highest political level.

With My Rembrandt my aim was to make a character- and plot-driven Shakespearean drama by showing main characters with every possible human motive – from the deeply felt love of Rembrandt’s paintings to the struggle for status and national pride – and to construct a narrative different from an educational documentary, but more like a fiction film, where the storytelling keeps you on edge.

I owe a great deal to the trust and the candour of my main characters who – however different their worlds may be – share at least one characteristic which has all of them in its grip: Rembrandt fever. It is not Rembrandt himself, but their passion that plays the lead part in My Rembrandt. The question that lingers after we see the film is not: What do we do with Rembrandt’s legacy? but rather: What does Rembrandt’s legacy do with us?